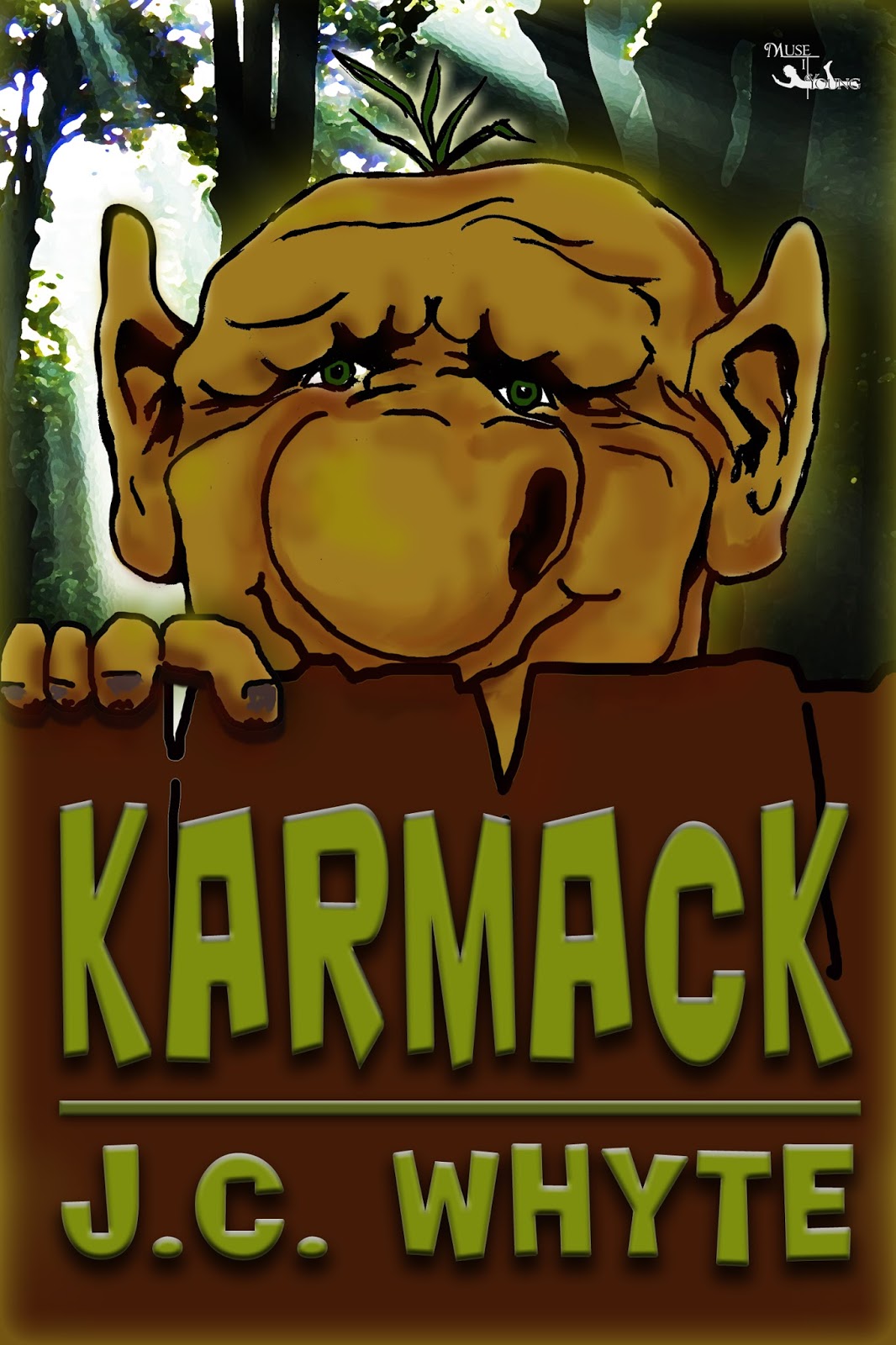 A strange little creature enters the lives of three tough guys at Higgins Elementary. And from that point on, pranks come back like boomerangs, smacking the bullies right in their fifth grade butts!

Sully, the leader of the gang, is the only one who can see this creature, which he names Karmack. Sully learns that the creature’s job is to balance all the bad pranks the bullies have pulled over the years. Karmack warns that if this fails, “dreadful, awful doom” awaits them all.

Sully soon realizes that he must save not only himself but his friends, who have no idea why they keep getting boomeranged by Karmack!
Show more
Show less
I am honored to introduce the Author of  Karmack, J.C.Whyte!  Thank you for being here J.C. let's jump right in.. 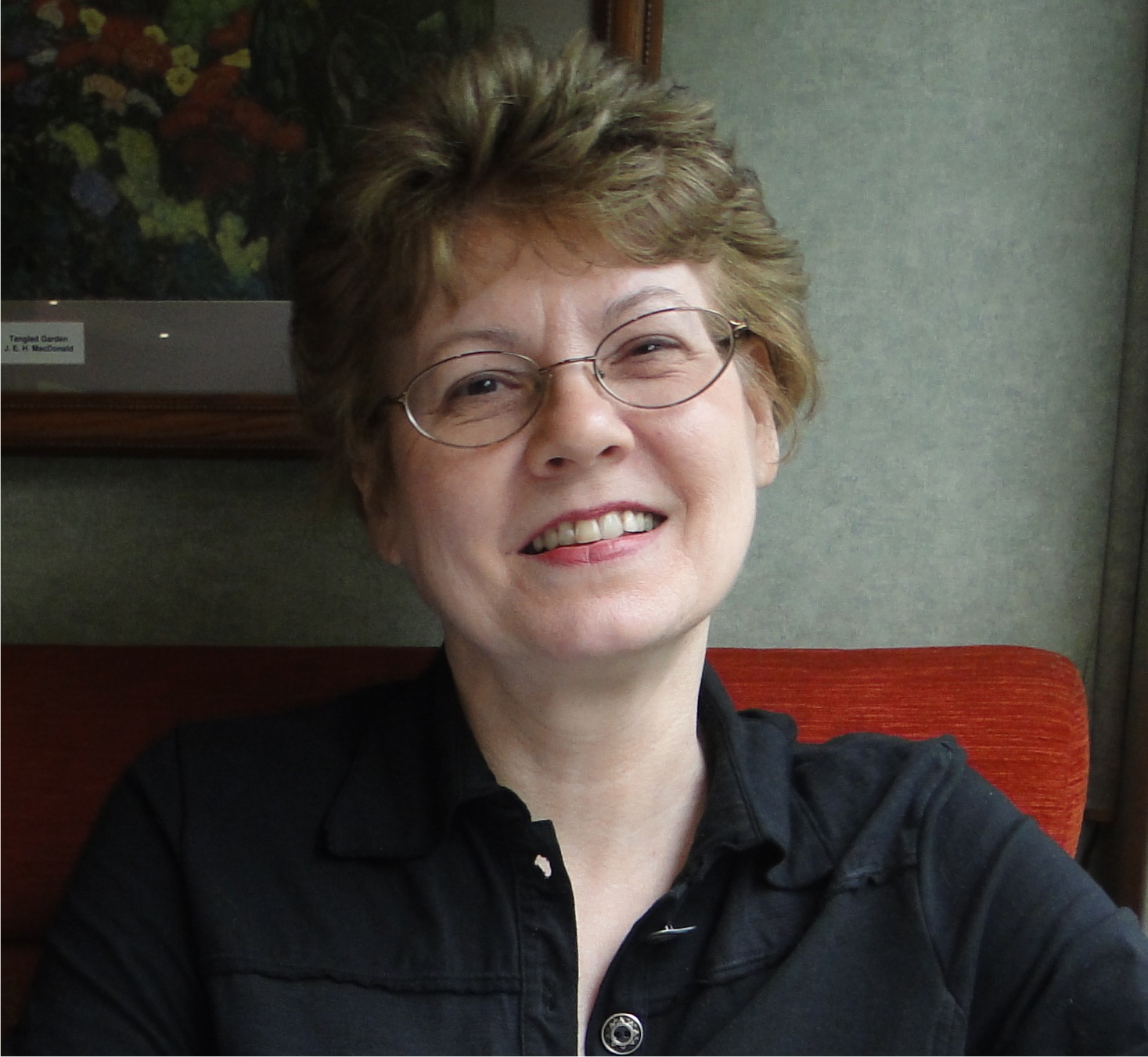 TELL US A LITTLE ABOUT YOURSELF AND YOUR BOOK.
Karmack is the story of three tough guys notorious for pulling pranks at Higgins Elementary. But things begin to change when a strange little creature enters their lives. From that point on, their pranks start coming back like boomerangs, smacking them right in their 5th grade butts!

The leader of the bullies – Sully – is the only one who can see this creature, which he names Karmack. The creature tells Sully that its job is to balance all the bad karma the boys have amassed over the years. But if Karmack fails, the boys will suffer "dreadful, awful doom". As an example of such doom, Karmack reminds Sully of that neighbor kid who shot at crows with his BB gun – one day he crashed his bike into a pigeon coop and emerged as the Abominable Snowman of bird poop! Worse yet, his trigger finger had been crushed by a falling perch. That kind of doom.
Sully soon realizes he must save not only himself but his gang from this doom, even though his friends have no idea why their pranks keep boomeranging. Of course, calamity and hilarity follow. But in the end, Sully and the guys learn a valuable lesson about the consequences of being a bully, and what it takes to be a true leader.

WHEN AND HOW DID YOU BECOME A WRITER?
I discovered a love for writing while I was still in elementary school. Back then of course, I wrote only children’s stories. But as a grownup, I had to face the harsh reality that such writing seldom pays the bills. So I got my degrees in Journalism and Communications, and turned to Public Relations, where for many years I focused my creative energies in feature writing.
Then after marriage, kids, several more degrees and occupations (including stints as a travel agent and paralegal), I entered law school. While there, I became a columnist for the student newsletter and one of my humorous articles was even published in The National Jurist.
After graduating and passing the Bar, I realized within a few short years that creative writing was still what made my heart sing. So now, as a grandma, I’ve returned to writing for children. And with the publication of Karmack, I’ve truly come full circle, back to where my writing journey began.
WHAT IS THE HARDEST THING ABOUT BEING A WRITER?
Getting published! I was fortunate to find such a good publisher for Karmack, but since Muse It Up is a small publishing house, I’ve got to do my own marketing. I’m finding that’s tough too!

WHAT ARE YOU WORKING ON AT THE MOMENT?
I’m putting the finishing touches on a novel for adults, and hoping to find it a good publishing home soon. I’ve written other children’s and YA novels, but those have been scrapped. I’ve heard from other writers that their first attempts also aren’t even worth mentioning.
If Karmack sells well, I hope to publish a sequel which I’ve already started. It will bring back not only the creature but Sully and his pals. But this time, they’re all in middle school, where the bully stakes are much higher!
DO YOU EVR SUFFER FROM WRITER’S BLOCK?  IF SO, HOW DO YOU GET PAST IT?
I’ve never really had a problem with writer’s block, just laziness. Some days I find a million and one reasons to avoid writing. But when I finally start, it’s like a magic spell has been cast over me and I lose all track of time. It’s a great feeling!

DO YOU HAVE A FAVORITE PLACE TO WRITE?
I just write on my computer in my home office. I have a sweet little office with a window where I can look out at the world. (And that’s a good thing when you lose all track of time!)

OTHER THAN WRITING, WHAT ELSE DO YOU LOVE?
That’s easy: travel! Now that my husband is semi-retired, we plan to begin hitting that old bucket list and start seeing the world.

DID YOU HAVE YOUR BOOK(S) PROFESSIONALLY EDITED BEFORE PUBLICATION?
Yes. Muse It Up Publishing is a really professional operation, providing editing and cover design. But what makes this house stand out is that the author gets input all along the way.
DO YOU SEE YOURSELF IN ANY OF YOUR CHARACTERS?
No. But my main character, Sully, is based on a boy I knew in elementary school. He was a real character, always getting into trouble. Yet he had clear leadership qualities which just needed some direction. That’s where my inspiration came from.

DOES THE PUBLISHING INDUSTRY FRUSTRATE YOU?
Somewhat. There’s just so much competition out there. I tried unsuccessfully to get an agent for my books, but it seems they’re all looking for that blockbuster series. I don’t write that type of book.

DID YOU EVER THINK OF QUITTING?
Never. When you get the kind of high I get from writing, you never consider quitting.

DO YOU HAVE ANY TIPS FOR NEW WRITERS?
Just write. Every day. You’ll get better with every word you write.
And now for the speed round of questions...
J.C.'s “BLONDE” BASICS:

FAVORITE FOOD?  Mashed potatoes. I could eat them until they came out of my pores.
FAVORITE MOVIE? Casablanca. Can’t go wrong with that classic.
FAVORITE BOOK? East of Eden by John Steinbeck, a giant of an author
FAVORITE AUTHOR?  Either John Steinbeck or Ken Follett (another giant).