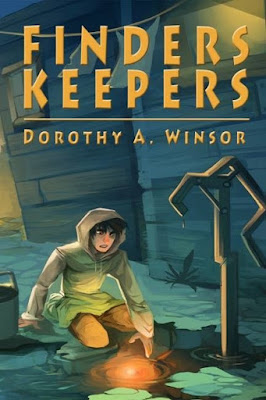 The eight gods that govern the world are tricky and fickle, and even the most innocuous of their blessings comes with consequences. Those who find a blessing are cursed to dance on strings in exchange for good fortune. Which begs the question: is finding one good fortune at all? Cade lives a simple life with his mother and brother, but when he finds a heart stone, he wonders if he can’t change that. Heart stones are said to bring luck to those who hold them, and Cade’s tiny family could surely do with good fortune. But heart stones aren’t just tokens of good luck; simply tracking one down is a sign of a special gift. Cade is a Finder, just like his mother before him, but this gift is hardly what is seems; if the larger community finds out about this, Cade’s entire life will change. And not for the better. Now he lives outside the law, struggling to find a way to reclaim what was once his, all while fending off a new hardship that he never anticipated: an overwhelming desire to take back what is his. No matter the cost. 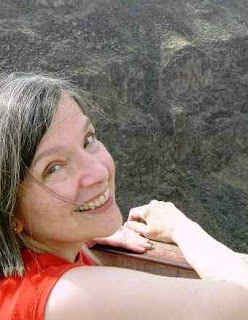 THANKS FOR JOINING THE BLONDE BOOKIE BLOG TODAY, DOROTHY. TELL US A LITTLE ABOUT YOURSELF AND YOUR BOOK.

I'm a former tech writing professor who decided that writing fantasy was much more fun. FINDERS KEEPERS tells the story of twelve-year-old Cade, who's lucky—or cursed—enough to be a Finder, someone who senses the presence of precious heart stones.  When his mother, who's also a Finder, is seized to work in the hellish heart stone mines, Cade's older brother wants him out of the path of anyone who might spot his "talent" and send him too to the mines.  But first, they have to search the city to find and free Mum.

As a twitter post, the story would be: Boy senses presence of heart stones. Girl recruits him to steal some. World ends at New Year if they fail. Boy also rescues mother. Tricky.

SOUNDS LIKE A GREAT READ! WHAT WOULD YOU SAY IS THE HARDEST THING ABOUT BEING A WRITER?
Writing is deeply satisfying to me, meaning I have very little to complain about in general. It's the start of the story, just as it always is. Beginnings are incredibly hard to write because you have to accomplish so much—introduce characters, get the plot underway, and, in the case of fantasy, set up a bit of the world. As a consequence, I can't think of a time when the opening I first drafted was the one I wound up with.

In the case of FINDERS KEEPERS, I originally started with what's now chapter 4. Cade's mother was already gone, and he was working as a delivery boy. In other words, I had this huge, dramatic plot event—the Watch arrests his mother as Finder—and I didn't show it, just had Cade think about it as a past event.

What was I thinking?

Thank goodness for helpful beta readers and revision. If drafting a start is my least favorite part of writing, revision is what I like best. I love being able to lay my whole draft out and see where the pace slackens, where the character arc needs to be brought out, where I can build a thicker world, and in this case, where I've failed to show, not tell, the most crucial event of my young character's life. Once I decided to write what are now chapters 1 through 3, doing so was pure writer pleasure.

WHAT ARE YOU WORKING ON AT THE MOMENT?
I have a YA fantasy coming out at the end of this year tentatively called DEEP AS A TOMB. Here's the blurb I queried small presses with:

Sixteen-year-old Myla feels the land in her blood and bones. Like everyone around her, she's tied to the green world through tombs the forest made when it made the people. So when Myla finds she can open tombs long thought sealed, she's thrilled. At least, she is until her father demands she use her power to help him rebel against the king, starting with spying on the king's son, Beran. What Myla wants is to be with Kaven, whose family is choking on debt and secrets.

Beran has been sent to the forest under orders to impress people so the Council will confirm him as King's Heir. He's supposed to use his princely power to forward his father's goals. But stone that, because what Beran wants is revenge. On his first day in the forest, someone murdered the guard who raised him, and Beran means to root out the killer, no matter who it is. Thrown together as fosterlings in the same household, Myla, Beran, and Kaven must each decide how much they're willing to use power to get what they want.

THAT SOUNDS GREAT! WHAT’S THE GREATEST COMPLIMENT YOU EVER RECEIVED FROM A READER?
I first started writing fiction in the form of Tolkien fanfic, and at one point, I killed a character. A reviewer told me she was reading the chapter at work (bad reader!) and burst into tears when she learned the character was dead. Her boss happened to be passing and asked in great concern what was wrong. My reader said she'd just heard a friend had died. Her boss gave her the rest of the day off, so she went shopping and bought sandals and a floaty blouse. In terms of reader reaction, that one's hard to beat.

THAT MIGHT BE THE BEST I'VE HEARD. DID YOU HAVE YOUR BOOK(S) PROFESSIONALLY EDITED BEFORE PUBLICATION?
I'm with a small press, and they edited, thank goodness. Editing helps me make the story the best it can be.

I LOVE YOUR COVER! HOW DID IT COME TO FRUITION?
My publisher asked me what I'd like to see on the cover, and I suggested a scene from the first chapter. The artist produced a couple of sketches, and I picked the one I liked best. I love my cover, and I feel lucky my publisher let me make suggestions, because that doesn't always happen.

YES, I'VE EXPERIENCED THAT FIRST HAND. AS IMPORTANT AS A COVER IS, IT SEEMS CRAZY THAT SOME PUBLISHERS DON'T LET THE AUTHOR HAVE MORE SAY IN IT. DO YOU SEE YOURSELF IN ANY OF YOUR CHARACTERS?
I hope that parts of me are in all my characters, including the villains. If I don't draw on my own sense of what it means to be human, I'm probably just reproducing something I've read or seen elsewhere.

It's tricky, though, because I'm drawing on myself, but I also have to become someone else for a while and see the world as they do. In FINDERS KEEPERS, Cade is a twelve-year-old boy, which I obviously am not! He's far more daring than I ever was, even when I was twelve, so I sometimes had to ask myself what I'd do in his situation and then have him do the opposite. That was a great deal of fun actually.

THAT IS FUN! HOW WOULD YOU DEFINE ‘SUCCESS’ AS A WRITER?
Touching a reader, even just one. If someone in the world enjoys themself and, better yet, has a richer life because of what I wrote, that's success.

Beyond that though, you need to take satisfaction in the act of writing, in immersing yourself in someone else's life. You have to revel in that moment when you look up from the book and are startled to see that it's snowing because it's summer in the book. External rewards are uncertain and mostly beyond your control, but that internal success is available to anyone.

DO YOU HAVE ANY TIPS FOR NEW WRITERS?
Three things:

Keep writing. The difference between published and non-published is persistence.

GREAT ADVICE! ANYTHING YOU'D LIKE TO ADD?
Thanks to Blonde Bookie for giving me the chance to babble on about writing!

GLAD TO HAVE YOU!
And now for the Speed Round of Questions...

FAVORITE FOOD?  Pizza. Sad that it's so bad for me.
FAVORITE MOVIE? "Fellowship of the Ring"
FAVORITE BOOK? This changes from time to time. Right now, it's Megan Whalen Turner's THE THIEF.
FAVORITE SUPERHERO?  I'm missing the superhero appreciation gene, so I don't know.

FAVORITE AUTHOR?  Of all time, Jane Austen. Writing now, it's a tossup between Cinda Chima and Megan Whalen Turner.

DOROTHY, THANK YOU SO MUCH FOR JOINING THE BLONDE BOOKIE BLOG TODAY! WE WON'T HOLD THE SUPERHERO GENE AGAINST YOU :-)

NOW, HERE'S WHERE YOU CAN FIND HER AND HER BOOK:
http://dawinsor.com/

KEEP AN EYE OUT FOR DOROTHY, AND HER NEW YA FANTASY ON THE WAY, DEEP AS A TOMB!