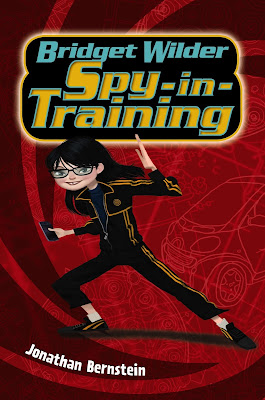 Middle school meets Mission Impossible in this hilarious spy series for fans of Chris Rylander, Stuart Gibbs, and Ally Carter about a girl whose life is turned upside down when she discovers her father is a superspy. Up until Bridget’s birthday the most exciting moment in her life was when Dale Tookey maybe, sort of, smiled at her one time. But that was before—before she found a mysterious present at her doorstep, before she was transported to a covert CIA agency called Section 23, and before she became Bridget Wilder: Spy-in-Training. Now Bridget’s busting boys out of detention, being chauffeured by a talking car, and infiltrating the popular girls’ clique to steal secret codes, all while undercover as a semi-awkward middle school girl. But will she be able to keep up with her new action-packed life?

It is no secret—Bridget Wilder: Spy-in-Training is the start of an explosive new series packed with gadgets, humor, and best of all: girl power.

I'm so excited to speak with the super cool Author of  BRIDGET WILDER: SPY-IN-TRAINING - Jonathan Bernstein - CHECK OUT HIS AWESOME BOOK TRAILER TOO...... 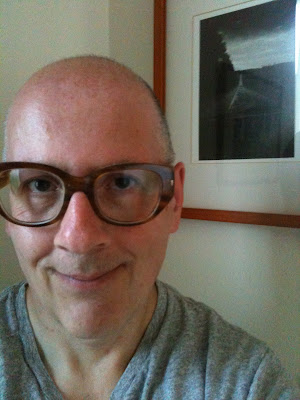 THANKS FOR BEING HERE JONATHAN. TELL US A LITTLE ABOUT YOURSELF AND YOUR BOOK.

My name is Jonathan Bernstein. I was born in Glasgow, Scotland and now reside in Los Angeles. My book, Bridget Wilder: Spy-In-Training, is the first in a trilogy aimed at middle grade audiences. It’s a fun and action-packed story about an adopted girl who sees herself as an unremarkable daughter, a mediocre student, and a not-great friend. Then she discovers her real father is a legendary spy who wants to recruit her into the family business. Many twists follow.

WHEN AND HOW DID YOU BECOME A WRITER?
I began writing for music magazines in the late Eighties. I moved to New York the following decade and wrote about film and TV for various publications. My first non-fiction book, Pretty In Pink: The Golden Age of the Teen Movie, was published in the mid-Nineties. I relocated to Los Angeles to pursue a screenwriting career with, shall we say, middling success. I wrote my first fictional book the YA superhero comedy, Hottie, in 2009, and have been a book-writing machine ever since. Machine might be a bit strong.

WOW! THAT'S QUITE A CAREER. WHAT IS YOUR GREATEST WRITING ACHIEVEMENT?
That, at my advanced age, I’m able to write for a young audience, and not be denounced, jeered and run out of town as a fake and a phony. Not yet, anyway.

WHAT IS THE HARDEST THING ABOUT BEING A WRITER?
Starting. That blank screen is unforgiving and the distractions are many.

TOTALLY AGREED. SO WHAT ARE YOU WORKING ON AT THE MOMENT?
Just finished the edit notes of Bridget Wilder: Live Free, Spy Hard, #3 in the trilogy, which will be out early next year. I have also finished a first draft of a new book. Let’s wait and see what happens to that one.

YOU ARE A WRITING MACHINE! WHAT GENRE(S) DO YOU WRITE OR WISH TO WRITE IN THE FUTURE?
I’ve done superhero and spy. I think horror’s probably next on the list.

DO YOU EVER SUFFER FROM WRITER’S BLOCK?  IF SO, HOW DO YOU GET PAST IT?
I come from a magazine background which means that a looming deadline is a great cure for writer’s block. When I don’t have to deliver a piece by an arranged date, that’s when my mind can start to wander and I go down a You Tube hole for hours on end.

MINE IS A TELEVISION HOLE. DO YOU HAVE A FAVORITE PLACE TO WRITE?
Anywhere that isn’t around people works for me.

WHAT’S THE GREATEST COMPLIMENT YOU EVER RECEIVED FROM A READER?
A parent said her child wouldn’t go to sleep because she was so riveted reading Bridget Wilder: Spy-In-Training.

WHAT WAS THE WORST COMMENT FROM A READER?
I have been nailed several times, correctly, for my over-reliance on pop-culture references. I’m trying to quit!

OTHER THAN WRITING, WHAT ELSE DO YOU LOVE?
I’m a big TV watcher, a voracious podcast listener, and I like to eat.

DID YOU HAVE YOUR BOOK(S) PROFESSIONALLY EDITED BEFORE PUBLICATION?
Yes.

YOUR BOOK TRAILER GOT ME VERY EXCITED ABOUT THE TRILOGY. AND YOUR COVER IS AWESOME! HOW DID THEY COME TO FRUITION?
My editor kept me up to speed with both at various stages of production, and listened to any suggestions I had, ignoring the stupider ones (More explosions!)

DO YOU SEE YOURSELF IN ANY OF YOUR CHARACTERS?
Yes, I see myself in Bridget’s dad. Not the spy, her adopted father who sits in a chair and watches TV. He seems mostly oblivious but is actually funny and supportive. For an old dude. Also, there’s an obnoxious class clown who torments Bridget at school. There’s a bit of me in that guy, too, sadly.

WHICH DO YOU PREFER – SELF PUBLISHING OR TRADITIONAL?
I only know traditional at this point, so that would be my choice.

DOES THE PUBLISHING INDUSTRY FRUSTRATE YOU?
I have had frustrations in the past but I’m quite happy with the support shown by my current publisher.

DID YOU EVER THINK OF QUITTING?
Quitting is my favorite thing in the world. I always want to quit everything. But then I remember I like eating.

HILARIOUS! HOW WOULD YOU DEFINE ‘SUCCESS’ AS A WRITER?
Being able to continue to do it. To get better each time you do it.

DO YOU HAVE ANY TIPS FOR NEW WRITERS?
Try and finish anything you start. Try to find your own voice. Try not to take rejection personally. (I have failed at all three of these at one time or another.)

GREAT ADVICE, TRULY :) ANYTHING YOU'D LIKE TO ADD?
Thanks for having me.

Thanks for being here! Alrighty, now for the Speed Round of Questions...

FAVORITE FOOD?  Potato kugel. It’s comfort food for a cold day. Not healthy in any way, but a current go-to in my fridge.
FAVORITE MOVIE? WAY too many to mention, so I’ll go with last year’s bests: Fury Road, Creed, Sicario.
FAVORITE BOOK? Again way too many, so I’ll go with the one I’m currently reading; The Comedians, by Kliph Nesteroff, which is fantastic.
FAVORITE SUPERHERO?  Jessica Jones, The Flash.
FAVORITE AUTHOR?  I read everything Megan Abbott writes.

FURY ROAD IS ONE OF MY FAVORITES! :)  JONATHAN, THANK YOU SO MUCH FOR JOINING THE BLONDE BOOKIE BLOG TODAY!

NOW, HERE'S WHERE YOU CAN FIND HIM AND HIS BOOKS: 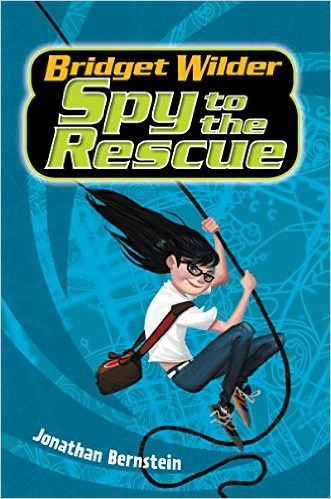 Middle school meets Mission: Impossible in the second hilarious adventure of a girl whose life is turned upside down when her long-lost father recruits her to be a superspy.

When the top-secret spy agency that recruited Bridget turns out to be a fake, Bridget hopes her superspy father will teach her his tricks, stealth codes, and martial-arts moves (WRONG!). Instead of drop-kicking evil villains and shooting laser beams from her lip gloss, he wants to bond over normal (aka BORING!) stuff like TV, fro yo, and boy talk. But when Bridget gets framed for stealing cheerleading secrets and ruining the most glamorous party of the birthday season, her spy instincts kick in: she’s being set up. And when her spy dad goes missing, Bridget knows she’s the only one who can bring him back alive—official spy or not.
Now Bridget’s back in the spy game and on a plane headed straight to New York City with her best friend by her side and a crafty nanomarble sidekick that does everything from hacking phones to taking down the fiercest enemy agents. Can Bridget ditch her annoying older brother/chaperone, squash a budding crush, and prevent global disaster before her mom texts to check in? Or are Bridget’s days as a spy over—for good?
It is no secret—Bridget Wilder: Spy to the Rescue is part of an explosive new series packed with humor, high-tech gadgets, and best of all: girl power.

I'm excited for the third book!