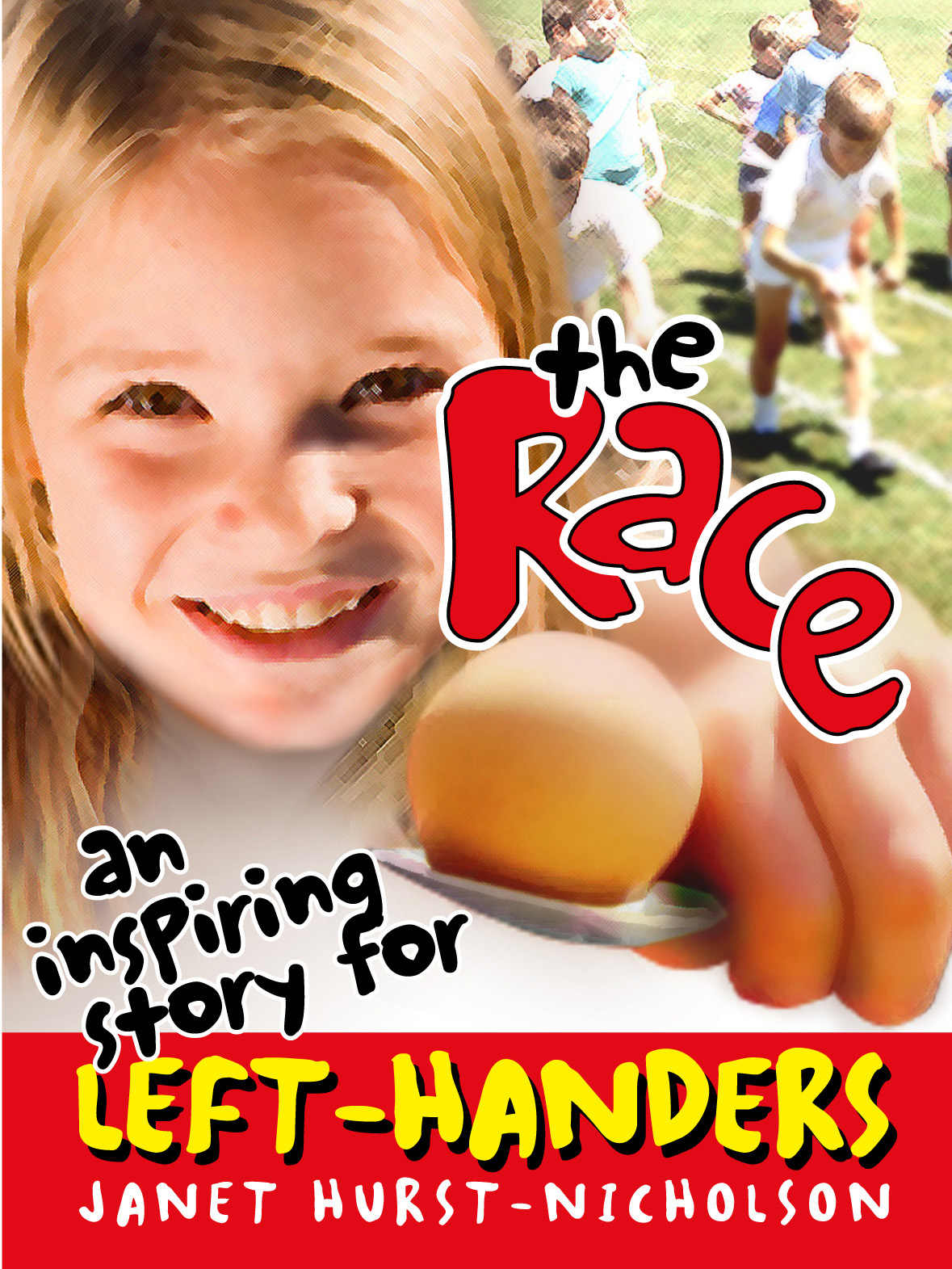 Vicky is left-handed and teased for being clumsy, but a visit from her Gran changes everything.

Vicky’s Granddad has died and her Gran is coming for a visit. Vicky wants to cheer her up by embroidering a cushion as a gift, but Vicky is left-handed and she struggles to learn how to sew. She decides that winning a race in the school sports might be a better idea – but can she do it, especially when Graham threatens to spoil all her plans?

The story highlights some of the challenges faced by left-handers.

I am honored to introduce a very lovely Author, Janet Hurst-Nicholson!  She is the Author of The Race, an Inspiring story for Left-Handers, among many other works including the Leon Chameleon P.I. books, Jake, Baby Bupe and more!  The Race thrilled me from the start because my mom is left-handed so I love this concept!  Thank you for being here Janet, let's get started... 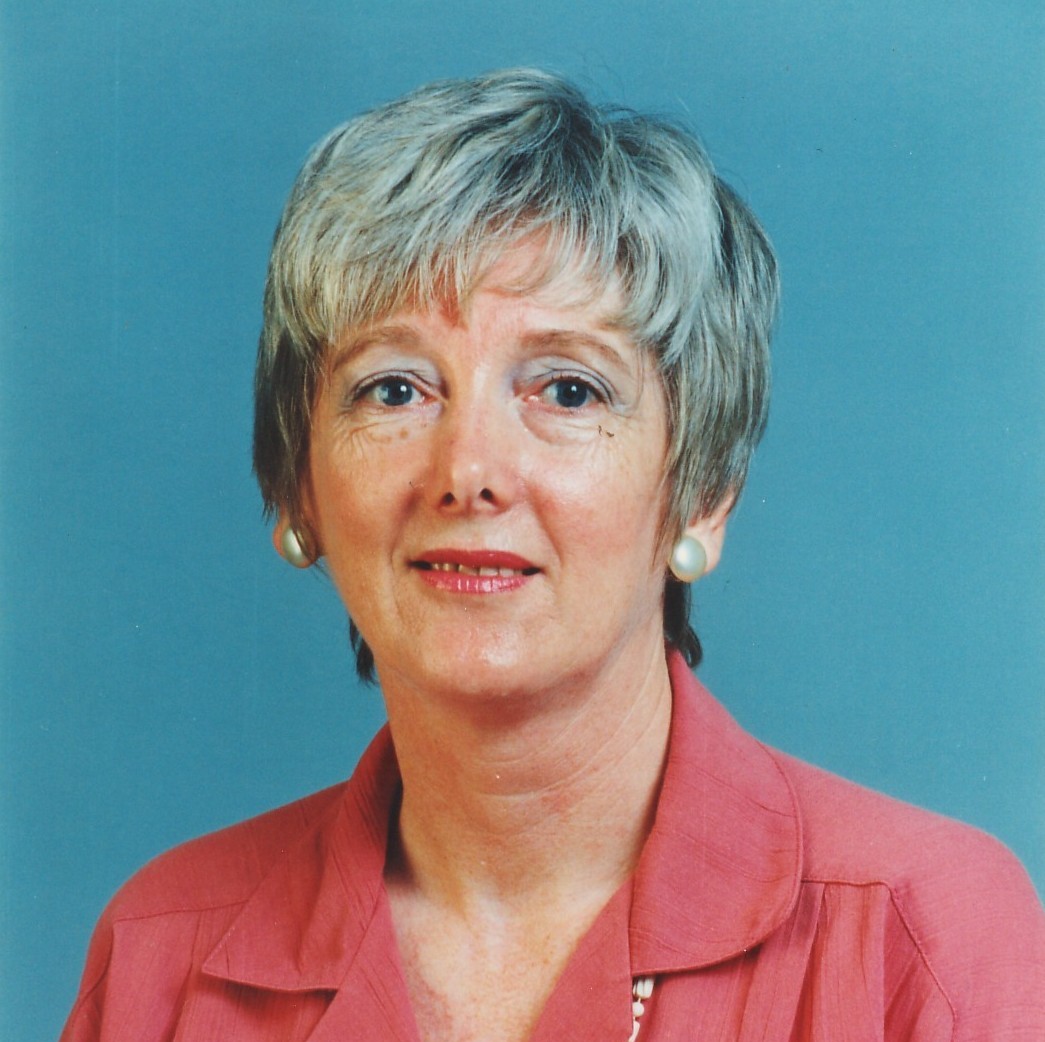 TELL US A LITTLE ABOUT YOURSELF AND YOUR BOOK.
The Race (an inspiring story for left-handers) is hot off the press (or whatever the e-book equivalent is) having been published on 29th May. As a left-hander I was aware of some of the difficulties encountered growing up in a right-handed world, but it was much later that I realised just how many tasks are made more difficult for lefties and I felt the need to alert lefty children and their parents and teachers of possible problems and how they can be overcome.

I was born in the UK and emigrated from Liverpool to South Africa in the 1970s.
I started writing in the 1980s and began with articles, humorous articles and short stories and these have appeared in South African and overseas magazines.

WHEN AND HOW DID YOU BECOME A WRITER?
As a child I loved escaping into a book, and even tried writing one when I was about 10 years old, but had no idea where to go after the first chapter. I thought writers must all be university graduates and very clever. As an adult I enjoyed reading the ‘back page’ humour spots in magazines and decided to give it a try. My first attempt was published, and I was hooked on writing. That was over 25 years ago. After taking a writing course I moved on to writing short stories, children’s books, and then novels for teens and adults, but I still continued with my humorous articles.

WHAT IS YOUR GREATEST WRITING ACHIEVEMENT? Seeing my first published book in print (Leon Chameleon PI and the case of the missing canary eggs) was probably my most exciting writing moment, but I am most proud of my humorous novel But Can You Drink The Water? being a semi finalist (top 50 out of 5000) in the 2010 ABNA competition and the Publishers Weekly reviewer commenting that it was, “Droll, witty and utterly British."
WHAT IS THE HARDEST THING ABOUT BEING A WRITER? The hardest thing about being a writer used to be finding an agent or publisher - but thanks to e-publishing we can now self-publish. However, this means we have to do our own marketing and it’s not easy competing with the over 1 million e-books for sale on Amazon.

WHAT ARE YOU WORKING ON AT THE MOMENT?
I have a third book in the Leon Chameleon PI series ready to be illustrated, but that can be an expensive undertaking. I had an animation company interested in making the books into an animated series and I did 20 outline stories, but it all came to nought when the company could not get funding, so the stories are waiting to be filled out into books.

DO YOU EVR SUFFER FROM WRITER’S BLOCK?  IF SO, HOW DO YOU GET PAST IT?
I can’t call it writer’s block, but I do have a problem forcing myself to sit down and write for any length of time (I think I must be hyperactive – see A Writer’s Day on my website www.just4kix.jimdo.com). If I get stuck for a word or a sentence I lie on the bed with my head over the edge and wait for the blood to rush to my brain and get it into the right gear. Funnily enough, it usually works J

DO YOU HAVE A FAVORITE PLACE TO WRITE?
In the early days before computers I used to scribble notes wherever I was, but now most of my writing is done on the computer in my office (but that doesn’t mean I don’t get inspiration while washing the dishes and have to rush to write it down before it disappears)

WHAT’S THE GREATEST COMPLIMENT YOU EVER RECEIVED FROM A READER? I love to hear that I made people laugh, and I especially love the letters from children telling me how much they enjoyed my Leon Chameleon stories and which was their favourite character, and how they laughed at Constable Mole and his sunglasses.

WHAT WAS THE WORST COMMENT FROM A READER?
Some of them aren’t printable lol. A writer has to learn to be thick-skinned and, especially with humour, realise that everyone has different tastes. To get a sense of perspective I read the reviews and comments on books by bestselling authors – and some of those reviews can be pretty scathing.

OTHER THAN WRITING, WHAT ELSE DO YOU LOVE? Reading! I can’t imagine being without a book. I also enjoy crosswords, and I belong to a public speaking club which has been valuable training for giving talks at schools and other functions and events to do with writing.

DID YOU HAVE YOUR BOOK(S) PROFESSIONALLY EDITED BEFORE PUBLICATION?
I have a friend who is a tutor for a writing school and she goes through the manuscript after I’ve read through it umpteen times, and then another experienced writing friend gives it a final edit.

HOW DID YOUR BOOK COVER COME TO FRUITION?
I had a basic idea of what I wanted on the cover and then I found a graphic artist who lived nearby and after a discussion she put together a draft version. We then workshopped it with several writers until we came up with the final cover.

DO YOU SEE YOURSELF IN ANY OF YOUR CHARACTERS? I used some of my own experiences in The Race, and also in But Can You Drink The Water? but I don’t really see myself in any of the characters (but maybe my friends do)

DOES THE PUBLISHING INDUSTRY FRUSTRATE YOU? The traditional publishing industry can be very frustrating, but with e-publishing writers can now self-publish and have complete control, and that is very liberating (and far more profitable)

DID YOU EVER THINK OF QUITTING?
Not really. If you’re a writer you will always want to write – even if it’s just posts on a forum.

HOW WOULD YOU DEFINE ‘SUCCESS’ AS A WRITER?
That’s a difficult one. Does success mean winning the Booker Prize, or having JK Rowling-type sales?  Success used to mean finding a publisher willing to take a chance with your book, but there are plenty of self-publishers whose sales have surpassed those of traditionally published books, most of which become damp squibs anyway. There are still writers who feel the need to have a book published by one of the big six (now five) publishers before they feel they have succeeded as a writer, and I can understand that.

ANYTHING YOU’D LIKE TO ADD?
Just to say thank you for giving me the opportunity to share my books with your readers.

And now for the speed round of questions...
Janet's “BLONDE” BASICS: