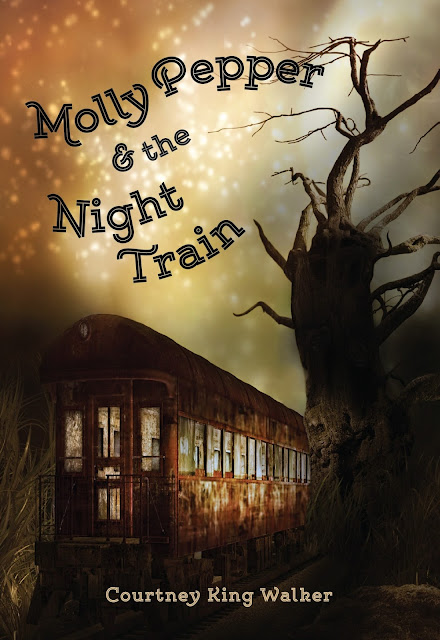 Hidden somewhere in the fog of the San Francisco bay lies Blue Rock Island, home to the bay area s two best-kept secrets: Bell s Bluff, the old, abandoned prison on one side of the island, and the Night Train, a mysterious train ride on the other. When twelve-year-old Molly Pepper receives a secret invitation promising a night of magic and adventure aboard the Night Train, she is skeptical. In her experience, most promises prove too good to be true. The fact that she lost her mom is proof enough.
Still, Molly gives hope another chance. Together with her loyal friend, Noah Wonderly, they sneak out of the house and follow a string of clues leading to the Night Train. But when the train stops at Bell's Bluff, Molly discovers the real reason she was invited. There, she starts to wonder if hope and magic not only fix broken promises; but make you believe in them again.
Courtney King Walker's other works (in the YA genre) include: 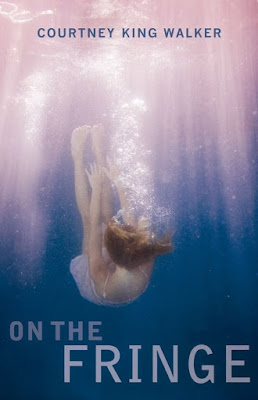 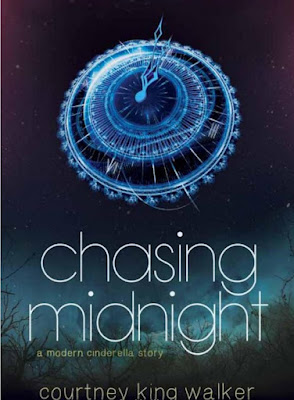 And now for the lovely COURTNEY KING WALKER....
Courtney King Walker grew up in the San Francisco Bay Area building rocket ships and rafts out of cardboard, hoping to make it the moon or at least Niagara Falls. But a trip across the border to Tijuana was as exciting as it ever got, so she decided writing about adventure was the next best thing. She now lives in the Rocky Mountains with her husband and four children, and still dreams of flying to the moon. Her YA debut, ON THE FRINGE, was published in 2011 by Lands Atlantic Publishing. 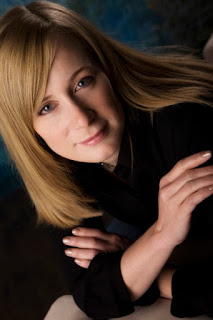 SO GLAD TO HAVE YOU HERE TODAY, COURTNEY!
TELL US A LITTLE ABOUT YOURSELF AND YOUR BOOK.
I grew up in the San Francisco Bay Area in a small town called Walnut Creek. My dad was a policeman, just like Molly’s dad in the book, and I even got to go on midnight excursions with him to watch all the donuts being made! The magic and loves from my childhood are what still drive me to write new stories, and Molly Pepper and the Night Train is especially close to my heart. Set on a fictional island near Alcatraz (but similar to the actual Angel Island), this is a story of a young girl who is suffering loss but who knows she needs to forge ahead anyway. With the help of those closest to her, Molly takes the spectacular Night Train in hopes of finding a little more adventure in her life, and along the way discovers that a little bit of hope and magic have a way of fixing broken promises and making you believe again.

IT SOUNDS GREAT! WHEN AND HOW DID YOU BECOME A WRITER?
I’ve always loved telling stories and writing them down. I have written many over the years but didn’t consider trying to publish anything until I wrote On The Fringe, a YA ghost story in 2008, which was published in 2011.
I LIKE THE TRAILER (above) FOR THAT BOOK! WHAT IS YOUR GREATEST WRITING ACHIEVEMENT?
Having a child come up to me and tell me that Molly Pepper and the Night Train is their favorite book. Melts my heart every time!

WHAT IS THE HARDEST THING ABOUT BEING A WRITER?
Staying focused. You’re either all in or all out when you’re writing or it’s impossible to connect to the characters and write from your heart—but that means total silence and no distractions, which is a golden period that only happens at night. Late at night.

WHAT ARE YOU WORKING ON AT THE MOMENT?
I just published my third novel, Chasing Midnight, which is a YA twist on Cinderella, so I’ve been promoting that quite a bit lately. But I’m also still writing, and I’m so excited about this story that I can’t stand it. I can’t give many details other than it’s a Young Adult mystery/thriller, and I’m almost done!

THAT'S EXCITING! WHAT GENRE(S) DO YOU WRITE OR WISH TO WRITE?
MG and YA.

DO YOU EVER SUFFER FROM WRITER’S BLOCK?  IF SO, HOW DO YOU GET PAST IT?
Music! It’s the best way to get inspired. Second, maybe watching a movie to get some ideas.

WHAT’S THE GREATEST COMPLIMENT YOU EVER RECEIVED FROM A READER?
It’s a tie, both from Molly Pepper and the Night Train reviews. These seriously nearly brought tears to my eyes: 1. “This book was charming and boasts one of the sweetest endings in children's literature that I've read in a long time.” And 2. "I am literally sitting here crying about the surprise message he leaves for him.  I want to be these people for my daughters.  This book leaves me wanting to be a better parent, to be encouraging and freeing.  To be the parent, not their friend, and to be their support."

THAT'S AN INCREDIBLY MOVING REVIEW. WHAT WAS THE WORST COMMENT FROM A READER?
Oh, there are always plenty of those, but I try not to dwell on them!

OTHER THAN WRITING, WHAT ELSE DO YOU LOVE?
I love watching movies with my family, warm summer days, hiking in the mountains, all kinds of music, chocolate, and love stories.

DO YOU HAVE ANY TIPS FOR NEW WRITERS?
My biggest tip is not to be in a hurry. And that says a lot, coming from me. I have always been rushing through things my whole life. I even remember my Grandpa yelling at me to “slow down, kid,” more than once when I was a teenager. But I’ve since learned that the rushing your writing, strips you of the whole reason you’re writing in the first place. If you’re rushing, then it’s for someone else. If you’re rushing, then it’s for something else. Take your time with every word, every phrase, every picture in your head. Make it the best you can. Savor it, like you would anything else you love that much. The result will be so much better and you will be that much happier.

ANYTHING YOU’D LIKE TO ADD?
Thanks for taking the time for interviewing me about Molly Pepper!

GLAD TO HAVE YOU!
And now for the Speed Round of Questions...

YES ON OLIVER QUEEN!!! :)  COURTNEY, THANK YOU SO MUCH FOR JOINING THE BLONDE BOOKIE BLOG TODAY!

NOW, HERE'S WHERE YOU CAN FIND COURTNEY AND HER BOOK: